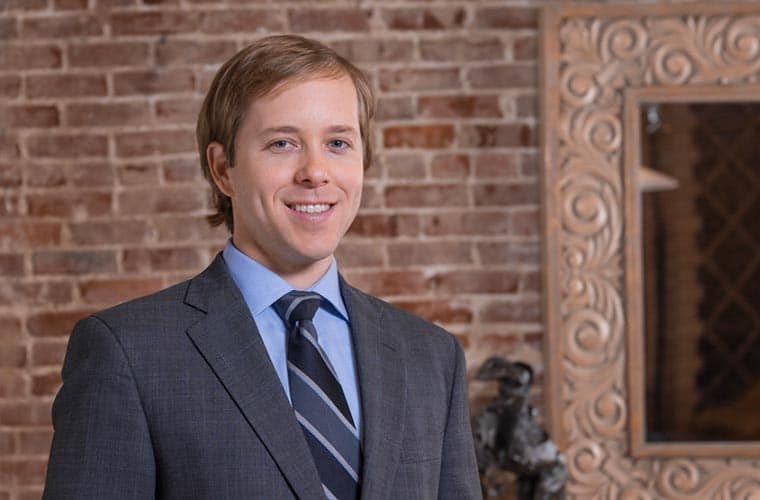 Taylor Bartlett represents clients in complex litigation involving significant damages claims at both the trial and appellate levels. He has extensive experience in consumer class actions and pharmaceutical mass tort litigation. Since joining the firm in 2011, Taylor has successfully represented over 5,000 individuals and businesses throughout the United States. Taylor has also been appointed class counsel on multiple consumer class action lawsuits that resulted in settlements to the classes of over $25 million. Through his work, he has gained extensive knowledge of the specific rights of individuals and classes as prescribed by the US Constitution. Taylor understands that the key to resolving complex cases is organization, diligence, and action.

After obtaining his undergraduate degree in Mechanical Engineering from Auburn University in 2007, he received his J.D. cum laude from Cumberland School of Law in 2010. While at Cumberland, Taylor served as Associate Editor of the Cumberland Law Review, was selected as a Judge Abraham Caruthers Teaching Fellow, and was elected Senior Honor Court Justice. After law school, Taylor attended King’s College London from where he received a Masters of Law. While in London he was selected for the KCL International Arbitration Moot Court Team and honed his trial advocacy skills while travelling internationally for oral arguments. These skills are now applied in his legal practice as he litigates across the country. He has presented argument in the state and federal courts of Alabama, New York, New Jersey, Illinois, California, Louisiana, Florida, Georgia, South Carolina, Missouri, Ohio, Virginia, and Maryland. He lectures at attorney conferences, where he has made presentations on consumer class actions as well as best practices for digital depositions. Taylor was admitted as a member to the Alabama Bar in 2010. He is also admitted to practice law in New York, New Jersey, and Georgia.

Taylor is a member of the Birmingham Bar Association, the American Association for Justice, and the Alabama Association for Justice. Taylor has been named as a Mid-South Super Lawyer Rising Star each year since 2014. In 2017 he was recognized as a Top Attorney by his peers in Birmingham Magazine. Taylor and his wife Laura are residents of Redmont Park in Birmingham and are members of St. Luke’s Episcopal Church. They are proud parents of a Labrador named Louie. Taylor has an active interest in classic cars and enjoys spending time behind the wheel as President of the Mountain Brook Driving Club.

“I decided to become an attorney so that I could develop the skills necessary, and earn the qualifications required, to ensure that justice is done swiftly, fairly, and unequivocally.”