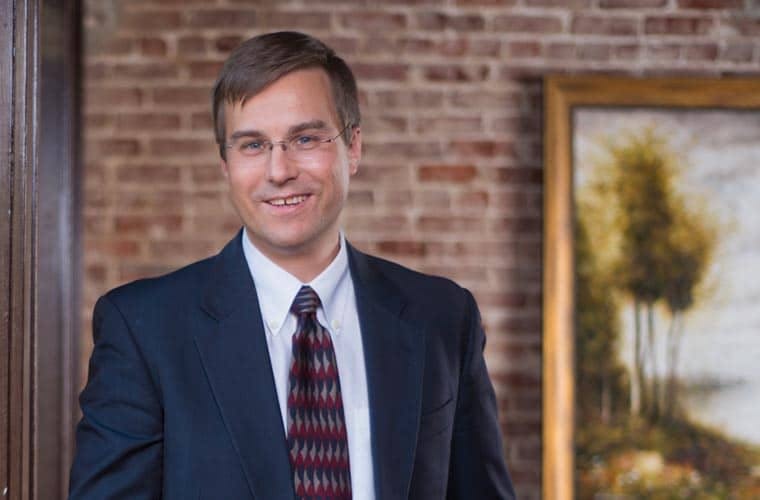 Honza Prchal is an associate of the firm whose areas of emphasis include mass torts, especially pharmaceutical and medical device work, and also general litigation. He has spent at least half his time on mass torts even before he started working with W. Lewis Garrison, Jr. in 1997, and he continues to enjoy helping clients navigate and understand an esoteric and confusing area of law where it is far too easy and far too common for clients to feel like numbers, rather than individuals with claims. Since Honza had to go through immigration himself and help his wife through US Immigration, he is highly motivated to try and help clients get on with their lives with less of the unique dread a large impersonal bureaucracy like an MDL proceeding with Plaintiffs’ Management Committees can engender.

Honza is a member of the American Bar Association, Phi Delta Phi, the Birmingham Bar Association, the American Association for Justice, a life member of the Antient and Honourable Edmund Burke Society at the University of Chicago. He is a member of the Federalist Society, where he was twice an officer at the University of Virginia School of Law and was an officer in the Birmingham Lawyers’ chapter for several years. He was a founding member and officer of the International Civitan Club of Metro Birmingham Chapter of Civitan International and also a member of the ACTION Civitan chapter. He was captain of the Moot Court Team and was Dicta Editor at the Virginia Law Weekly. He served as English language press secretary for Vaclav Klaus, Finance Ministry, Czech and Slovak Federative Republic, 1991. He has been active in choral music since grammar school , has represented the firm at Croonin’ for Critters and in trivia competition and used to be a competitive fencer in all three weapons, but especially epee.

Honza volunteers at All Saints Episcopal Church, his daughter’s school and at a number of Bar Association and alumni events, but his legal pro bono work is mostly with the Birmingham Volunteer Lawyers Program “Attorney for the Day” program where he can be found just about every month trying to help pro se claimants through the vagaries of the court system in Downtown Birmingham. Past volunteer work that he found interesting was interviewing veterans for the library of Congress. Since some of his own family was liberated by American troops in World War II and he saw the effects of their post-war departure on his family’s own country and on that of his friends,’  he found this particularly rewarding. He also did some pro bono work for the Birmingham Fencing Club.

“I’ve been lucky enough to work for and with people here who know what our respective strengths are so that we can complement each other when we work as a team. “