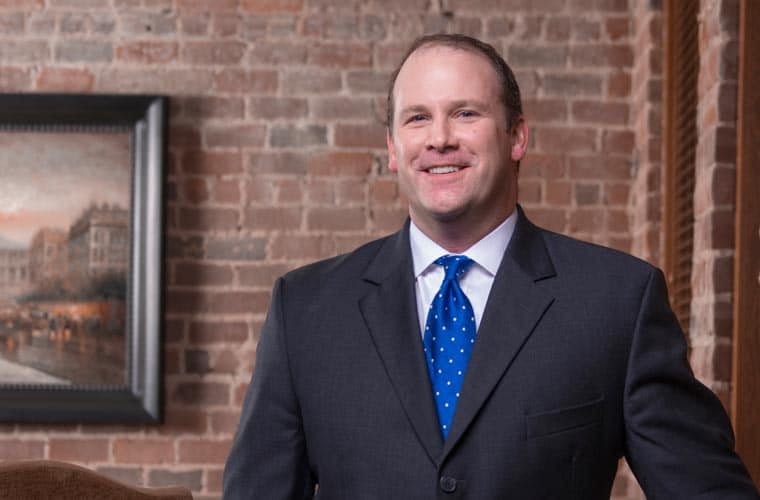 Erik’s training as a lawyer began early in life at the family dinner table. During those meals, his father, Stephen D. Heninger, who is the senior partner at Heninger Garrison Davis, would chronicle the stories of his clients and the law’s potential to help those who have been harmed. These lessons provided a solid foundation and direction for Erik in his passion for the practice of law. Because of these early moments, once Erik passed the bar exam, representing plaintiffs in courtrooms across the country truly became a family business.

After growing up in Birmingham, Alabama, Erik attended Birmingham-Southern College where he received a Bachelor of Arts in English. Shortly thereafter, his path into law became evident as he graduated from Cumberland School of Law and received his Juris Doctor degree in 2001. Erik is a member of the State Bars of Alabama, Georgia and Mississippi and maintains a consistent presence in each state. The majority of his practice is devoted to representing individuals and businesses in civil litigation. While civil litigation is the vehicle through which he works, Erik’s passion is helping people who suffer from catastrophic injuries such as severe brain and spine damage.

In addition to assisting clients, Erik believes that serving in state and national bar associations is essential to being a complete lawyer. Given that belief, Erik makes a point of being active in city, state and national legal organizations. He is very active in the American Association of Justice (AAJ) where he teaches trial advocacy and litigation techniques to other lawyers across the country. These trial colleges allow Erik to offer his knowledge and experience and also expose him to innovative ideas being used by other lawyers. Erik also focuses on the State of Alabama through his involvement with the Alabama Association of Justice (ALAJ), serving as an Officer since 2017.

Currently, Erik represents the 10th Judicial Circuit (Birmingham) as an elected member of the Board of Bar Commissioners for the Alabama State Bar. As part of his Commissioner responsibilities, Erik sits on the Alabama State Bar Character & Fitness Committee and the Disciplinary Rules & Enforcement Committee. Finally, he has been a member of the Birmingham Bar Executive Committee since 2016. Erik is “AV Preeminent” Rated by Martindale-Hubbell – the highest possible distinction conferred by both professional peers and judges. In 2013, he was inducted as a member of the American Board of Trial Advocates (ABOTA), an invitation only organization committed to preserving the right to trial by jury.

Erik was also recently named “Top 50 Lawyers in Alabama” a second time by Super Lawyers in 2017. His favorite professional experiences include being a part of the Alabama State Bar Leadership Forum, Leadership Vestavia Hills and Leadership Birmingham. While not working, Erik spends time with his wife, Kimberly, and their two young children, often on soccer fields or in basketball gyms and dance halls.

“I want my clients to know that Heninger Garrison Davis is comprised of experienced, intelligent, ethical and committed professionals that are speaking and working on their behalf. That the individual lawyer and every employee of Heninger Garrison Davis puts every effort into representing their interest and working toward a reasonable and fair resolution of their dispute or concern.”