When is a Prescription Drug Manufacturer Responsible for Death or Injury?

According to WebMD, as of 2016, approximately 4.5 billion prescriptions are filled annually in the U.S. Likewise, the same source claims that as many as 1.3 million people go to the emergency room each year as a result of adverse reactions. As many as 124,000 people die each year from negative medication reactions, contraindications, and other drug-related problems. With so many injuries and deaths, it may seem like prescription medications are simply dangerous. How do you know when a drug manufacturer is to blame for 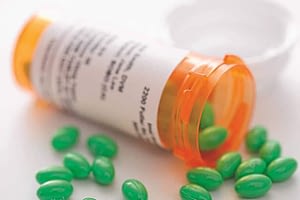 making a bad drug or dangerous medication that caused harm to the public?

At Heninger Garrison Davis, we are constantly staying up-to-date on the latest in pharmaceutical laws and regulations. It is our goal to make sure all Americans are protected from unscrupulous drug manufacturers who rush products to market without taking the necessary legal precautions.

You have probably heard of lawsuits against major drug companies in recent years. Maybe you even know someone who was injured or killed by a bad drug that had terrible adverse effects. Here are just a few of the recent drugs that have been involved in major litigation over dangerous and deadly effects:

What Makes a Bad Drug Case?

Like all forms of personal injury, there are basic legal elements that must be proven in order to recover compensation for harm. In car accidents or slip and fall cases, the elements are largely the same as when suing a major drug manufacturer for developing a dangerous medication. However, the evidence and procedures necessary for success are extremely different and usually much more complex in a pharmaceutical injury case. In general, you must prove each of the following:

Now, these are just the legal elements to prove. There are many things that must be shown in order to prove each. For instance, a drug manufacturer may ignore significant research that shows a risk that its drug could cause ovarian cysts and conceal this information from FDA inspections or skew data to make it look like a lower risk than what it really is. By doing this, it could mean that a dangerous medication hits the market and physicians, as well as patients, may not realize the true risks and dangers associated with taking the medication. While this is just one hypothetical example, scenarios like this happen all the time.

Why Would Drug Manufacturers Take Such Huge Risks?

Large pharmaceutical companies know that even if they get sued and lose significant verdicts, it is still more profitable to conceal evidence, hide research, and rush dangerous products to market. The profit incentive is just too enormous. Therefore, many drug manufacturers are willing to accept that their products are killing tens of thousands of innocent people because ultimately it makes them a lot of money.

But Don’t All Drugs Have Warnings?

Yes, but are they accurate and consistent? For many defective drugs, it is not so much the fact that a person was injured due to side effects, but rather, it is the fact that the side effects were known but never disclosed. If you were told that an anxiety medication had a 15% chance of causing minor abdominal bleeding, you may take that calculated risk. But if you were told that it had a 15% chance of causing fatal abdominal tumors, chances are you would be discussing alternative medications with your doctor.

Therefore, a “defective drug” lawsuit is not just about the fact that a drug was harmful to a group of people. A defective drug lawsuit is about holding companies accountable for depriving the general public of the information they needed to make informed choices about their own healthcare. Victims and their families are often left with terrible life-altering conditions to endure, including:

How are Defective Drug Cases Settled?

Because victims often live all over the country and may have claims against a drug manufacturer located in a different state, many cases are handled through something known as multi-district litigation (MDL). This is when various law firms in different parts of the company work together to represent clients in federal court cases involving claims brought in multiple federal jurisdictions.

At Heninger Garrison Davis, our attorneys are experienced with the process and procedure of taking cases before state and federal courts to obtain justice. If you need help fighting for compensation after suffering injuries due to a defective medication, or if you have lost a loved one due to a bad drug, call our firm today to schedule a completely free initial case evaluation with one of our experienced attorneys.