In the wake of yet more sex abuse discoveries, the Catholic Church continues to struggle with a decades-long image problem. Just recently, it was revealed that the identities of more than 500 priests in Illinois were kept hidden from authorities, even after credible allegations of sexual abuse were brought against them. While terrible, stories like these are not unique to the Catholic Church. From major religions to smaller sectarian organizations, childhood sexual abuse has become a serious problem for many religious groups 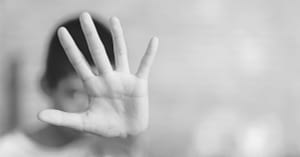 around the world. Many non-religious institutions are coming under fire, as well, as more victims speak out.

At Heninger Garrison Davis, LLC, our experienced personal injury attorneys are here to help those who are injured by others. While taking on large institutions can often be quite challenging, our attorneys have the skills and real life experience to pursue compensation for cases big and small.

Why Pursue an Injury Claim Against a Sexual Abuser?

For those who suffer from lifelong emotional and mental scars from child abuse, it can seem as though there is no solution, no answer that can undo the past. Indeed, childhood sexual abuse can mean a lifetime of medical and psychiatric needs, and it can damage relationships and lead to higher than usual suicide rates. For these reasons, it is important for victims to speak out and take action. As some recent cases have proven, courts are now more willing than ever to impose civil damages for sexual abuse, even years after an offense.

For children who are abused by adults, the pain can last the rest of their lives. However, the injuries are often elusive and invisible, so it can be difficult to come forward and discuss the injury. For instance, sexual abuse can lead to:

How Long Do You Have to Take Action?

It is important to distinguish between criminal and civil penalties. For instance, in New York, there is no statute of limitations for prosecuting a person for rape. But many forms of childhood sexual abuse do not fit the definition of rape, and may only be subject to prosecution up to two or three years after a child reaches adulthood.

The statutes of limitations for bringing a civil claim, however, are different. Although the deadline may have long passed to pursuing a criminal action, some forms of sexual abuse may be subject to civil liability for much longer, especially where a defendant intentionally acted to conceal the evidence or hide the wrongdoing. This is where some institutions have gotten into serious trouble and been forced to pay large settlements.

Because the rules can be fact-specific, if you were abused as a child and suspect a religious organization, school, or other institution acted to cover up the evidence, you should discuss the matter with an attorney as soon as possible. Likewise, if you know a child or teenager who has been abused by an adult teacher, religious leader, or some other individual in a position of trust, it is important for the child to get counseling and assistance early, as it can have a demonstrable impact on a victim’s ability to heal.

Because sexual abuse is both a crime and an intentional wrongful act, a victim may be entitled to financial compensation. Many victims, unfortunately, fear that receiving money from an abuser or their organization would be pointless, but the fact is that monetary compensation can help to cover the costs of medical and psychiatric treatment, counseling, and similar care. It can also help to offset much of the damage done by the abuse, such as years of limited employment, damaged relationships, and other consequences.

When you call and speak with an attorney from Heninger Garrison Davis it is important to understand that we are not going to rush or try to tell you what to do. That is not our place. Instead, our goal is to help injury victims of all kinds better understand their options. If a large and powerful organization, religion, employer, sports program, or other institution played a role in a child’s sexual abuse or a later cover-up, there may be significant compensation available. Our attorneys can help to assess your case and let you know your options. Give us a call today.