A St. Louis judge has upheld a $4.7 billion talcum powder verdict, a move that comes just one day after another judge refused to toss out the state of Mississippi’s case against Johnson & Johnson. In a Wednesday order, 22nd Circuit Court Judge Rex Burlison refused to grant Johnson & Johnson’s motions for judgment notwithstanding the verdict, new trials, and new trials on damages. 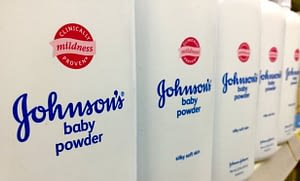 The July 13 verdict, awarded to 22 women, is the largest against Johnson & Johnson in cases alleging that its baby powder caused women to get ovarian cancer. Burlison concluded there was “substantial evidence” to support the $550 million in compensatory damages and that punitive damages, which totaled more than $4 billion, were constitutional.

“First, substantial evidence was adduced at trial of particularly reprehensible conduct on the part of defendants, including that defendants knew of the presence of asbestos in products that they knowingly targeted for sale to mothers and babies, knew of the damage their products caused, and misrepresented the safety of these products for decades,” he wrote. “Second, defendants’ actions caused significant physical harm and potential physical harm, including causing ovarian cancer in plaintiffs or plaintiffs’ decedents.”

An additional factor noted by Burlison was that the Missouri Merchandising Practices Act provides for such potential penalties.

A Johnson & Johnson spokeswoman did not respond to a request for comment.

In opposing Johnson & Johnson’s posttrial motions, plaintiffs lawyers had insisted that the trial presented a “perfect storm of highly reprehensible conduct.” Johnson & Johnson, meanwhile, argued in its own flurry of motions that the court lacked jurisdiction over the New Jersey-based pharmaceutical firm, and that plaintiffs failed to prove their claims. What’s more, the company also alleged misconduct against the plaintiffs’ lead trial lawyer, Mark Lanier, for his referencing stillborn babies in an opening statement and showing the jury a drawing of a bottle of Johnson & Johnson’s baby powder pushing a woman over a ledge into “ovarian cancer.”

Johnson & Johnson also said there was no evidence that its product caused ovarian cancer and criticized the plaintiffs’ experts.

Burlison, however, never mentioned Lanier’s conduct at trial and found there was more than enough evidence on causation. “The evidence presented at trial includes the testimony of plaintiffs’ expert witnesses, evidence of the testing of the products at issue, including defendants’ own testing, defendants’ correspondence and the testimony of defendants’ corporate representative and chief medical officer,” he wrote. “This evidence satisfies the standards for causation under all applicable state law.”

Lanier, of The Lanier Law Firm in Houston, said in an emailed statement: ”Judge Burlison’s well-reasoned decision recites the science, evidence, and the law in upholding an important judgment that delivers justice to 22 victims of an insidious cancer. We look forward to arguing this same evidence and science to the appellate courts.”

“In this case, there are clearly material issues to which one party swears to one version and the other party swears to the opposite,” Thomas wrote. “In the instance of a complex legal matter involving such serious allegations, the court does have grave doubts as to the wisdom of terminating this action prior to a full trial.”

A spokeswoman for the Mississippi attorney general’s office did not respond to a request for comment.